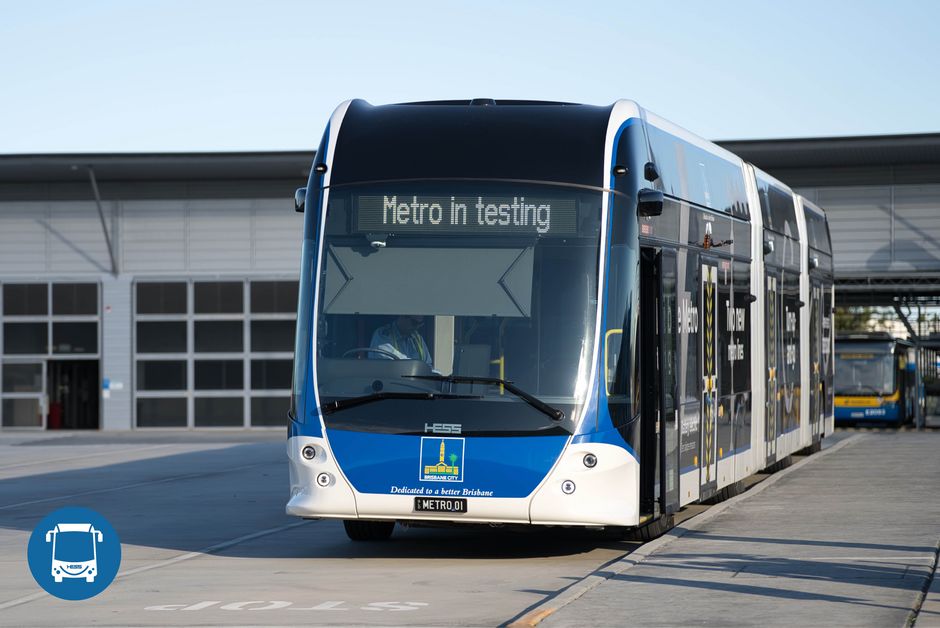 The announcement follows extensive on-road testing of the pilot metro, a customised version of the HESS lighTram® 25.

“It is a great honour to contribute to this outstanding public transport system. The lighTram® 25 offers something unique in the Australian transport sector: a vehicle capable of quietly, efficiently and sustainably transporting large numbers of people, all while providing an elevated passenger experience.”

Naef said the full order is significant for HESS, reaffirming their belief that the combination of the lighTram® 25 and flash charging technology is an attractive solution for public transport systems not just in Europe, but around the globe.

“This is a flexible transport system that is not reliant on rail infrastructure and can easily be adapted for different transport routes because of the vehicle’s manoeuvrability. Over the full lifetime of the vehicle, the lighTram® 25 offers cities one of the most cost-effective solutions for improving public transport and reaching governments’ sustainability goals,” Naef said.

“Brisbane City Council, HESS and key stakeholders spent considerable time developing what is set to become one of the most accessible public transport options in Australia. The metro  has been uniquely co-designed with three large and easily accessible mobility aid bays in the first  compartment, an automatic electric ramp, hearing loops and the ability to communicate with the driver via vehicle help points, among other features,” Naef explained.

“Throughout the vehicle design and testing campaign the project worked closely with accessibility advocates and residents with lived experience to test the accessibility and user-friendliness of the pilot metro.

Driver feedback has also been very positive with driving stability and vehicle manoeuvrability two key themes that are rated highly by drivers.”

The metros will be powered by Australia’s first ever flash charging system with manufacturing for charging infrastructure well underway. Naef said that the charging solution for end of route charging facilities and the metro depot is being delivered by Hitachi Energy in partnership with HESS and will be completed in time for the introduction of the metro fleet.

“The flash charging system fully charges a metro in under six minutes. That’s exceptionally fast, but we’re mindful that we also needed to keep the batteries light and the vehicles in frequent operation.

“Our philosophy is that HESS vehicles are there first and foremost to carry passengers, not batteries,” Alex said.

Country Manager for HESS, Peter Dale, said that now the order was confirmed production would start on the remaining fleet immediately. “Deliveries of the metro fleet will commence from late 2023.

“Australian transport operators and authorities are already very interested in this new transport solution and it won’t be long before they can get on board a metro themselves.”